A WINDOW INTO HOW CITIES, DESTINATIONS, AND NATIONS LIVE THEIR BRANDS

Olins discusses Spain’s international brand identity as the nation is currently known for its economic difficulty. Overall, he is very optimistic about the prospects of Spain’s nation brand.  According to Olins, considering Spain’s significant achievements in the past, personality, and a clear sense of direction as a nation, Spain’s situation is not as disastrous as many people think.

I second his optimistic view. When a person goes through an economic difficulty mostly due to any uncontrollable factor, it is not the trouble that affects people’s perceptions of that person in a profound way, but how the person responds to the crisis. Same goes with nations. It is the government’s, citizens’, and corporations’ actions during the struggle that are presented to the world. Take South Korea for example. When the nation faced IMF financial crisis back in 1998, there was a public campaign where numerous Koreans sacrificed their gold, including housewives who gave up  wedding rings, and athletes, gold medals. In the first two days of the campaign, ten tons of gold were collected. Now, Koreans are known for their spirit of self-sacrifice and strong willingness to work together to face difficulties. South Korea has become a model nation for many countries during the global recession.

As demonstrated by many of Spain’s achievements that made the nation an admired, influential figure in many different fields over the past couple of decades, Spain is a passionate nation. It will take some time, but there is no reason why Spain will not be able to recover from the crisis. I would even say that Spain will eventually be able to add persistence and trustworthiness to their identity in the near future.

Amid the tsunami crisis, Japan just made an unexpected diplomatic move that is currently bewildering its closest neighbor, South Korea. On March 19th, Japanese Ministry of Education announced its plan to stress its sovereignty over Dokdo, the geographically disputed island in the East Sea, in school history textbooks, stating that the island is a Japanese territory and that it is being temporarily and illegally administered by South Korea.  Today(3/30/2011) the Ministry officially decided to use the aforementioned textbooks in Japanese schools.

Despite the historically antagonistic relationship between Korea and Japan, the two countries have been building strong ties economically, culturally and politically. Especially with South Korea’s immediate assistance after the earthquake and tsunami disaster, the relationship seemed to thaw faster than ever until Japan announced this plan.

It is true that the tsunami and Dokdo are two separate issues that should not affect each other.  However, this unwise decision may jeopardize trust and the positive perceptions Japan just began to gain from South Koreans. Foreign policy is a powerful nation branding tool, but its a double edged sword.  This case shows that nation branding strategies must be executed through communication and cooperation within various sections of a government. 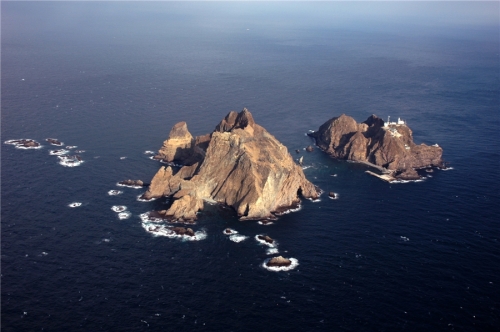 Dokdo (Dokdo means “solitary island.”) has been the territory of Korea since AD 500s, as documented in both Korean and Japanese ancient archives.

South Korea Finally on Its Way

South Korea currently ranks 44th in FutureBrand’s 2010 Country Brand Index, and 33rd in Anholt-GfK Roper Nation Brands Index. Definitely not a satisfactory record for a country that has risen as a 13th largest economy and successfully hosted the Olympics, World Cup, and G20 Summit. However, I can’t say that South Korea had failed in building a nation brand because it just began working on it.

Considering the fact that South Korea was one of the most impoverished nations in the world only 50 years ago after Japanese colonization and devastating Korean War, the status of Korea’s nation brand is still a commendable feat. 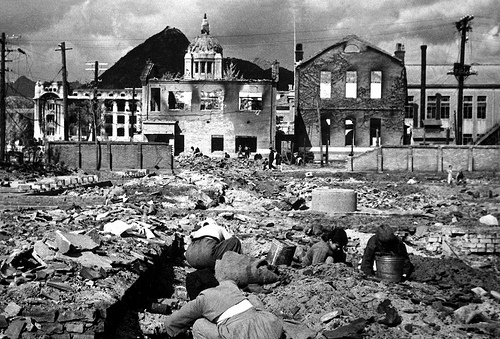 Consider this. It is a common sense that when you are in an emergency situation, you are not likely to care how you look or what people think about your appearance. When you finally settle of your problem and find yourself in a stable situation, then you look at yourself in a mirror and say to yourself, ‘’Wow..I gotta fix my hair”. This is where South Korea stands right now.

Only two years ago, South Korea officially launched PCNB (The Presidential Council on Nation Branding) with a goal of enhancing its global reputation and the awareness of its culture in the world. Currently, South Korea has developed as a stronghold of trendy TV shows, movies, and music in East Asia. This phenomenon, called Korean Wave or Hallyu, has set fire on Korea’s aggressive cultural expansion. Barack Obama keeps mentioning South Korea as the model of education, democracy, and reconstruction in his speeches the world listens to. 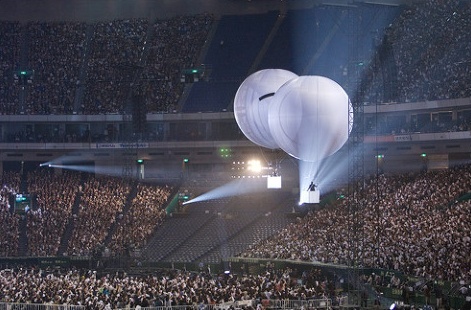 [The Tokyo Statium with 50,000 Japanese fans gathered up to meet Korean actor Yong-Joon Bae who greeted his fans in the air baloon]

South Korea indeed has a lot to work on and need a sense of urgency in building a solid public relations strategy. If not, South Korea will remain as a ‘developing country’ to the eyes of the world. Especially in terms of its astonishing history, including the ancient civilizations and kingdoms (with many, many interesting facts and tales that are equally captivating as those of Maya, Rome, and Egypt), Hwarang (an elite group of young warriors of Silla Dynasty), and the independence movement against Japan (a great background source for thousands of potential movies and novels) will continue to go unnoticed by a majority part of the world. 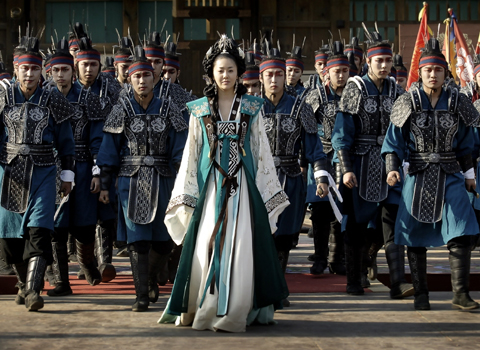